In 2019 we celebrate 25 years in business in Belfast opening in Oxford Street as McCombe Pierce and Partners in February 1994.

Back then no one predicted the dramatic social, economic and political changes that were to develop in Northern Ireland in the years that followed.

1994 was the year of the paramilitary ceasefires leading to the Good Friday Agreement in 1998 which formed the platform for a decade of stable local government, optimism and economic growth. This promoted regeneration in central Belfast typified by the residential and commercial development along the River Lagan including landmark schemes such as the Waterfront Hall (1997), Hilton Hotel and BT Tower (1998), St Georges Market (1999), The Odyssey Arena (2001) and Laganside Courts (2002). 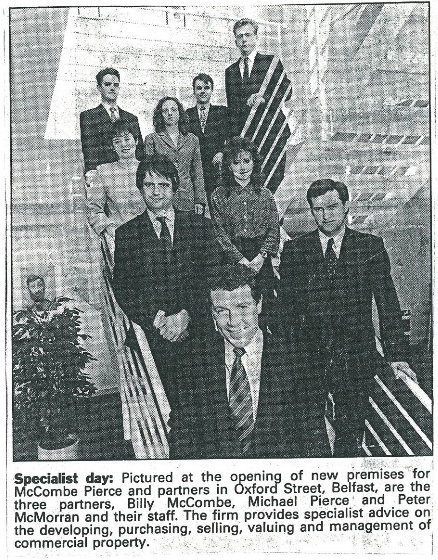 New relaxed Sunday trading legislation helped ignite the retail sector with investment in new retail parks and shopping centres such as Forestside, Victoria Square, Sprucefield and numerous retail parks in every suburb. Ikea opened their first store on the island of Ireland in 2007. Food retailing changed beyond recognition with Sainsbury (1996) and Tesco (1997) entering the market with modern superstore formats later followed by ASDA and other discounters.

Northern Ireland enjoyed some of the Celtic Tiger economy over this period and in order to strengthen our service and network, McCombe Pierce formed a strategic alliance with DTZ in 2000. 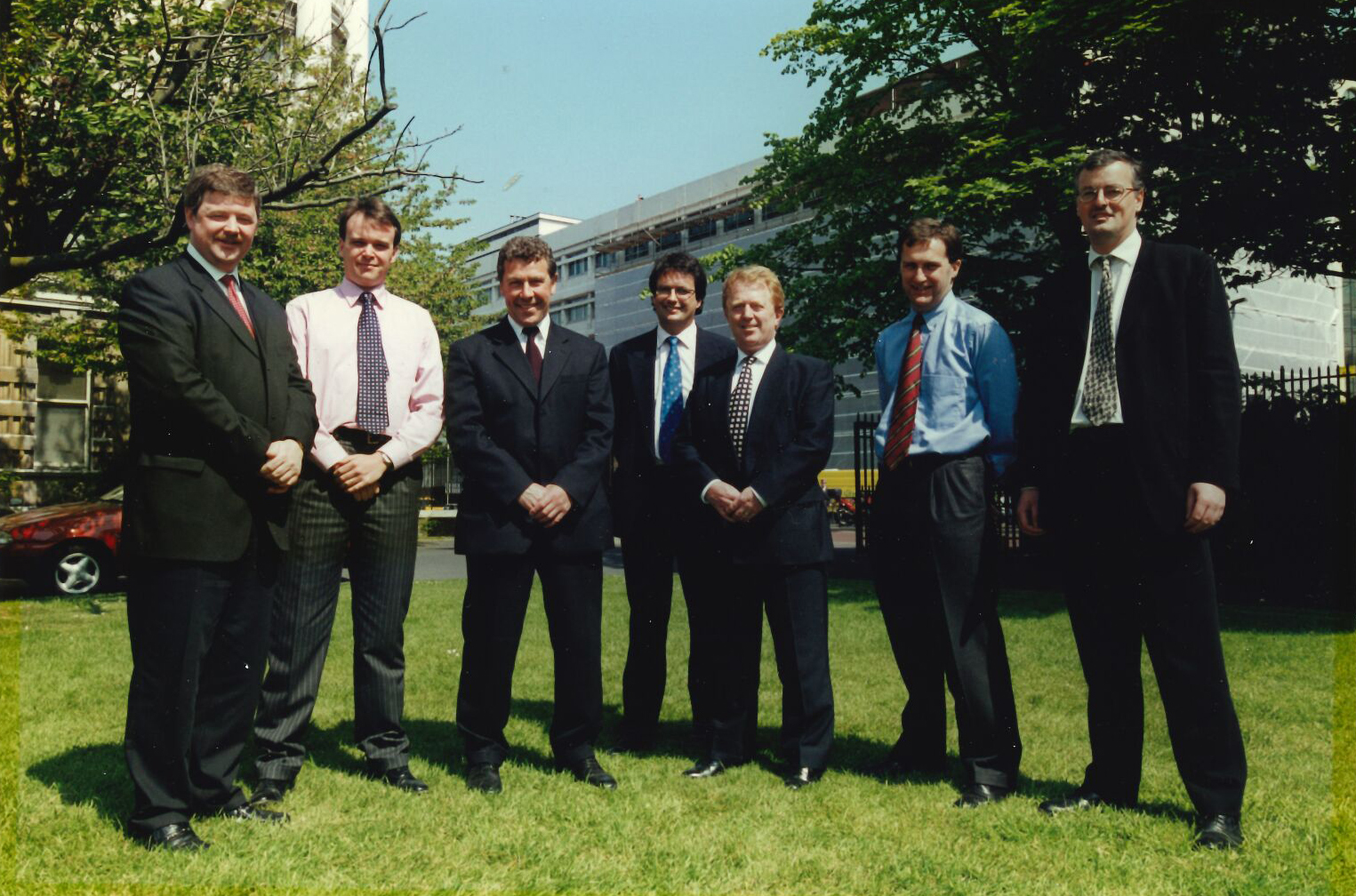 Growth continued in the early 2000’s leading to a residential and commercial property boom in the period until 2007/08 followed by the first property crash ever experienced in Northern Ireland in living memory. Average house prices grew to c£250,000 before falling to below c£100,000. Residential development land values grew to record levels fuelled by the unprecedented house price growth before crashing by up to 90%. Retail rents halved in prime locations as vacancy grew and development ground to a halt in a climate of low occupier demand and restrictive bank lending.

With public financial support the banking sector recapitalised and the market regained momentum entering a strong period for all commercial sectors towards the mid part of the 2010’s. In Belfast today office demand and development remains strong and the growing leisure and tourist sector has supported record levels of investment in hotels bars and restaurants.

Challenges remain mainly in the form of local and national political uncertainty, structural changes in shopping habits with increased competition from the internet and the looming risk from Brexit. All markets are ever changing and property is no exception. With every challenge there is a new opportunity and we have invested in our business for the next generation with a strategic partnership announced with Cushman and Wakefield in 2018.

We would take this opportunity to thank all the staff and clients of this business who have shared our journey over the last 25 years and look forward to strengthening our business and broadening our horizons in years ahead.